Operation 'Bagration' has come to its third phase. Soviet forces are pushing to Poland. In one sector, attempt to cross river has been checked with heavy losses.

324th Infantry must get across, and secure vital pontoon bridges. This time there is support, but fascists defenders are battle hardened veterans. There is plenty of thunder. Now is time to bring the lightning. 
Except from Comissar Danilov's diary:

It is a warm late summer in Ukraine, 1941. My unit was to help with harvest work in vast fields of Ukraine. Then we heard reports of Germans crossing our border! We did not believe it at first! We received conflicting orders, if at all.

Now the first wave has reached my unit. Now *we* spotted the tanks. The Stukas. German 150mms bombarded my command post. I was knocked out by blast wave. I was.lucky. There is a pair of smoking boots in the crater where my commander once was!

I don't know how long I have been out. Minute? Hour? These ragtag solidiers are asking me ''what to do, comrade comissar? What to do?!'' I suppose I am in command now. My men says we are already dead.They are without hope.

Perhaps we are ..as they say..already dead. But if so...what is dead may never die..so we can as well get moving, and fight our way out! Southern Army group is approaching Kiev and are about to encircle Soviet defenders. Resistance is fierce is one particular sector. Elements of general Steiner's 5th SS 'Wiking' have come to halt due minefields and gun placements.

Two assault teams are sent to flank through the forest at dawn, and assist 5th SS by eliminating Russian AT gun placements.

While you can command other team in High Command mode, this mission is designed and intended as MP mission.
Top 
Omaha Beach. June 6, 1944.France. D-Day is here! You are landing as part of 16th RCT to beach FOX GREEN in the second wave. News from the first wave are already grim, and as your landing craft becomes stuck at a flood gate, it is about to get worse.

The beach is well defended. Germans knows you are coming. Every inch of the beach is under fire. Unless you exit the beach fast, your personal second front will become to a very quick end... 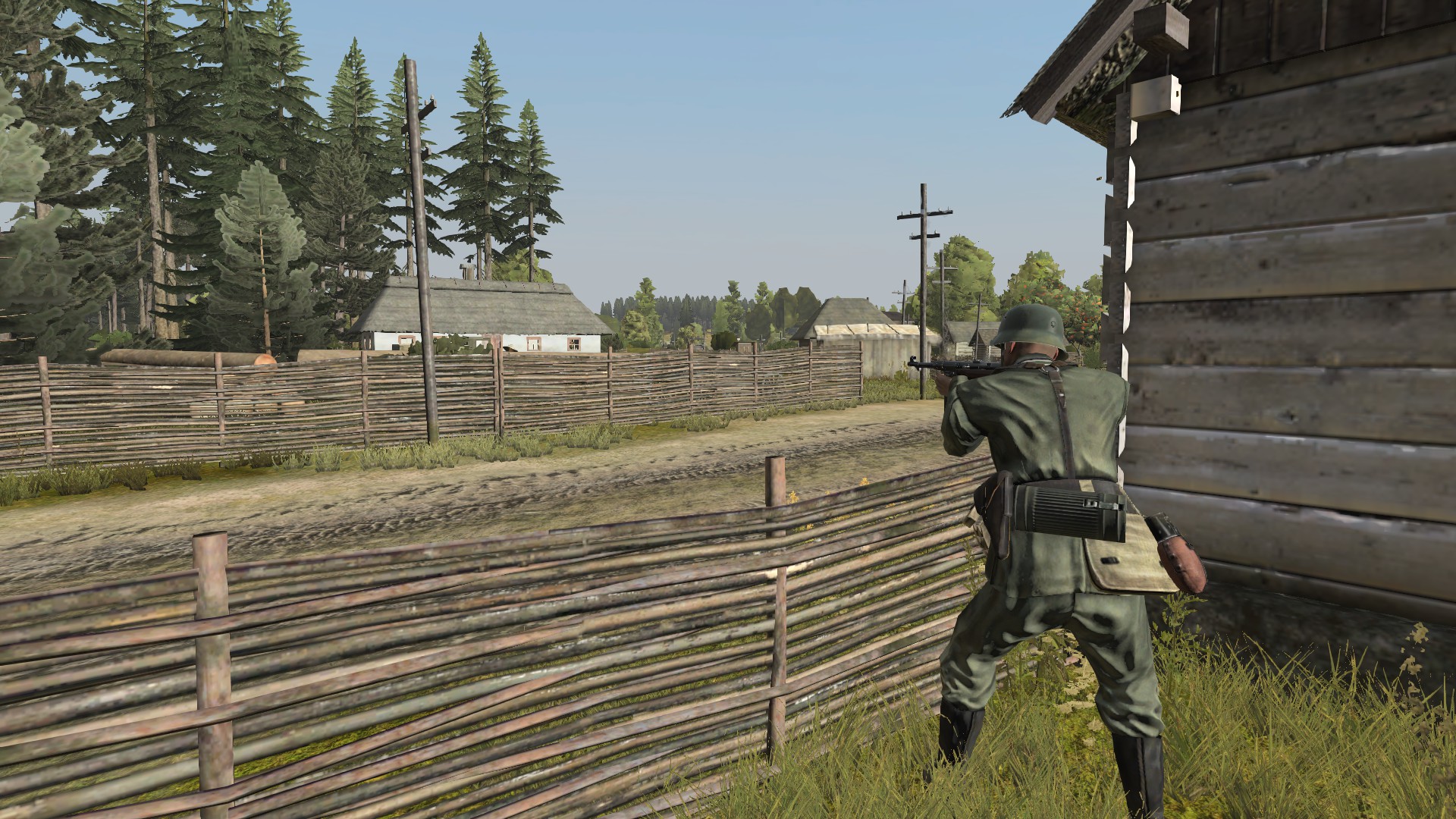 
Late July 1941. Ukraine, Soviet Union. Unternehmen 'Barbarossa' is underway. Von Rundstedt's Heeresgruppe Süd is approaching Kiev. Soviet forces are in disarray and are about to be encircled.

As the panzer armies are pushing forward, infanterie, königin aller waffen, is left behind to bite the dust. As a recon patrol goes missing in a small village in Ukraine, infantry has a job to do...